If you’ve got salt sensitive hypertension you need to WORK the body’s potassium excretion system to your benefit, in the process you’ll pee out excess sodium

If you’ve got salt sensitive hypertension you need to WORK the body’s potassium excretion system to your benefit, in the process you’ll pee out excess sodium

Potassium is one of those ions, coming in with dinner.

Well, at least it used to be.  Any time dinner is made up of living cells, it comes with a load of potassium, since potassium is the dominant ion, inside cells.   Potassium gets inside of cells,  via potassium channels.

In fact, a potassium channel is what ultimately triggers, insulin secretion from the pancreas.  So, when there is lots of potassium doing the rounds,  a cacophony of biology happens.

Among the “biology” that happens – blood vessels dilate.

Now, wide blood vessels are GOOD, but too much of a good thing, can be a bad thing.

Insulin is already on a mission, to get the groceries delivered.  He is actively “opening” the blood vessels, using his own tool, which is nitric oxide.  Click here to learn more.

So the excess potassium MUST be dealt with, PROMPTLY, to avoid, dinner turning into a dizzy spell.

NOTE : This sometimes happens, particularly in oldies, it is referred to as postprandial hypotension.

The get rid of potassium system

So, just like there was a system to keep sodium, there is a system to get rid of potassium. Aldosterone spear heads this operation and increased potassium levels in the blood, encourages him to put in an appearance.

And the two systems are inter-dependent, with both ultimately working at keeping sodium.

Because this is considered a critical nutrient….learn more here.

The task of removing the excess potassium, falls lock stock and barrel, on the shoulders of the kidney.  The kidney is very  good at this.  Kidney’s that are a bit under the weather,  typically manage to take care of the  “problem”. Unfortunately this doesn’t  happen when kidney’s fail and hyperkalemia is something that needs to be actively managed.

Too much potassium (hyperkalemia) is potentially fatal.

The way hyperkalemia  “kills”,  is it interferes in the electrical circuits in the heart – precipitating  misbeats (arrhythmias).

Well the whole operation happens in the backend of the kidney, in the region called the distal convoluted tubule.  This is the same spot, where sodium situation is being handled by the NaCl transporter (NCC), under the watchful eye of insulin.

NOTE :  This is not the only spot,  insulin “handles” sodium – insulin stimulates sodium transport at several sites, along the nephron, as he attempts to hold onto the sodium, since it is a precious nutrient.

The influx of potassium is sensed, by this sodium chloride transporter.  Now, this is not the official job of the transporter.  NCC is tasked with moving sodium and chloride out the “urine” and putting it back into the blood, ensuring that the body’s sodium balance is maintained.

But the transporter moonlights as the kidney’s potassium sensor.

A rush of potassium 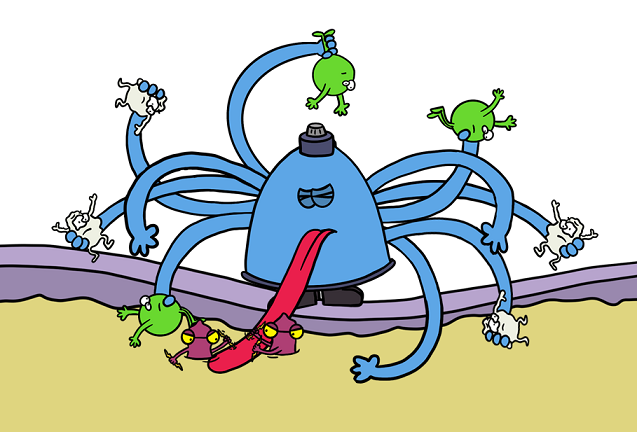 When high levels  are sensed, this spark adjustments, in the activity of the NaCl transporter, it’s activity is turned down.

The result, less sodium is reabsorbed.

This changes the electrical settings, inside the tubule, which ends up impacting the speed at which the water pumps, operate.

Slowing down pumps,  get aldosterone’s attention.

The reason,  as the pumps slow down,  the speed at which the liquid is moving through the collecting duct, speeds up.

Oops, the sodium goes too.

Aldosterone jumps into gear, to try to save as much sodium as it possible.  This is aldosterone’s official job title !

Unfortunately, there just isn’t enough collecting duct to gather it all.

Natriuresis (the pee-ing out of sodium) happens.

A sizeable portion of sodium is lost ………… the kidneys are NOT THRILLED.   But, the sodium loss, is good for those, who are eating TOO MUCH SALT,  as well as for those who are battling with salt sensitive hypertension.

The  fix for  high blood pressure

Tread carefully and, if you choose to take them, be sure to taken them at meal times, to mirror the biology.  Why the caution ?

It is important to realize, many medications that are taken to manage high blood pressure, change this biology. 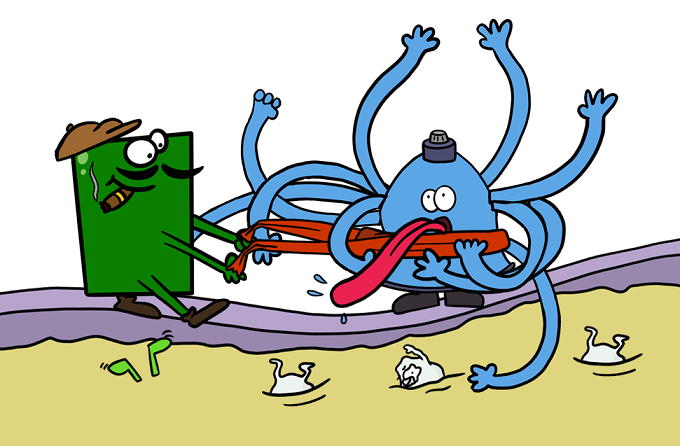 So does heart failure and end stage kidney disease.    In these situations, the  more potassium, especially if it’s in the form of a supplement, can actually cause trouble.

And times they are a changing……….

Historically processed food has been high in sodium and low in potassium.  But, governments around the world,  are “encouraging”  industry to lower the sodium content of the foods they’re producing.

Now, if they took all the salt out, you’d stop buying it.

So, what is happening is the salt is being replaced, by several different things, among them, potassium additives.  The levels of potassium end up being on the high side.  Plus, they’re not always listed, so you might not realize, you’re taking them.

NB. Too much of a good thing is NOT A GOOD THING !

If you’re suffering from salt  sensitive hypertension, then  you really need to take aim at, is the amount of processed food you’re eating, period.

And, do what you can to fix the biology.

A big reason, this biology is not working optimally, is you’ve got  very hard working insulin molecules…………..hell bent on preserving your sodium.  For help reining in insulin, start with the WILLPOWER REPORT, it will give you 10 tools, you can use to improve your insulin sensitivity. Click here to download.

Potassium Additives and Bioavailability: Are We Missing Something in Hyperkalemia Management?  J Ren Nutr. (2019) 29(4):350-353. Kelly Picard

Suffering from high blood pressure – you need a vampire ?

If you’re suffering from metabolic syndrome – maybe it is time to let the iron out and bring down your blood pressure by giving a little blood.

Blood pressure and the sun

Your blood pressure is UP. Your instinct says, this CAN be fixed, with a little sun, sea and surf. You’re half right. All you need is the sun, to distress

Dipping into high blood pressure – are you solving the problem ?

The time you want your blood pressure to be LOW, is not when you’ve visiting your doctor, you need it to be low, when you’re SLEEPING. What is your asleep BP ?